Stay informed on our news or events! 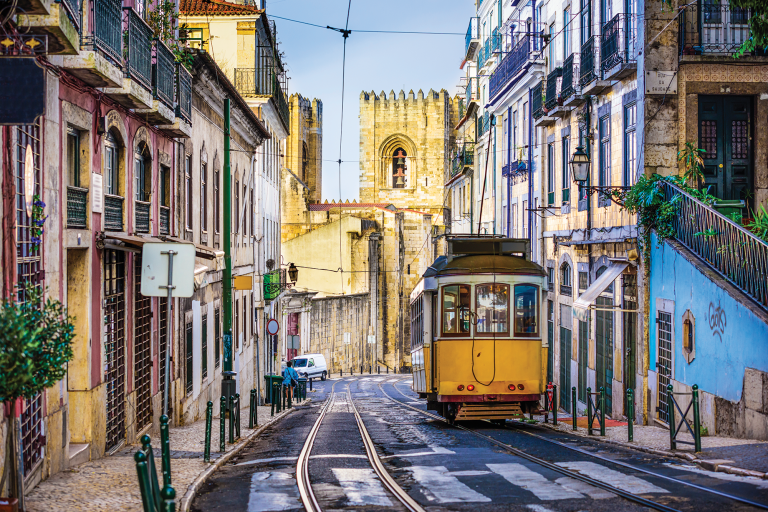 Close to four years on from its exit from an IMF/EFSM bailout, Portugal is increasingly looking like a solid investment.

In December, Portugal’s credit ranking was raised two levels (to BBB) by Fitch Ratings, which hailed the country’s “substantial improvement in financing conditions”, boosted by increased tourism and exports.

However, as with other markets that suffered most during the economic crash (Portugal was, memorably, the ‘P’ in the ‘PIIGS’ acronym that also included Italy, Ireland, Greece and Spain), consumer confidence remains relatively subdued, despite the macro picture looking brighter.

Portuguese consumers are increasingly looking for greater value and more promotions, but not sacrificing the quality expectations to which they have become accustomed over generations. For the country’s biggest retailers, a difficult balancing act has ensued.

According to the most recent retail sales figures for Portugal, published by Nielsen, FMCG sales were up 4.2% over full-year 2017, an indication of growing consumer confidence in the marketplace.

The ‘large supermarket’ category posted the most growth in this period, rising 6.7%, while the highest growth was recorded in the beverages category (8.4%), followed by household hygiene (3.8%), food (3.4%) and personal hygiene (3.1%). In December alone, overall FMCG sales were 9.1% higher, year on year.

Given the high percentage of products on promotion in stores, however, retailers have had to innovate and differentiate their offering, in order to build loyalty.

“We believe that, despite the positive signs brought on by the economic context, the Portuguese still seek out goods with the best quality-price ratio,” says Ana Isabel Trigo Morais, director general of APED (Associação Portuguesa de Empresas de Distribuição).

“This is the fruit of the economic crisis the country experienced between 2011 and 2015. In this sense, the sector will continue to meet the expectations of the Portuguese and adjust formats in order to find the most suitable value formula. Consumers got used to shopping on promotion and comparing prices, so, in the medium term, we don’t feel consumers will stop using price as their driver when making a purchase.”

As the promotional environment has gained prominence, so consumer expectations around private label have also grown. Private-label penetration stood at 33.1% in 2016, according to the APED Sales Barometer, while Nielsen data indicates that own-brand growth was higher than that of mainstream brands last year.

Online shopping, however, has been largely overlooked thus far by Portuguese shoppers. A study entitled The Future of E-commerce in FMCG, published by Kantar Worldpanel last year, indicated that online grocery penetration in Portugal was a meagre 0.9%, compared to a global average of 4.6%.

A study published last November by in-Store Media and netsonda, examining consumer shopping habits in Portugal, found that the country’s shoppers tend to ‘shop around’, with 73% saying that they shop in more than one supermarket.

Unsurprisingly, shoppers cite price as the number-one influencing factor on where they choose to shop, with 66% citing it as such. Range, cited by half of respondents (49%) is another core driver of purchase intent, as is the shopping experience (55%).

Particularly with regard to the shopping experience, the study found that Portuguese consumers chiefly demand being able to find what they need quickly and easily (cited by 63%), to complete purchases rapidly, preferably without having to queue (66%), and to purchase all their goods in one place (60%).

Easy to find promotions (62%) and helpful employees (59%) also rank highly in terms of determining where Portuguese consumers choose to part with their cash.

The study questioned 500 families across Portugal (including the mainland, Madeira and the Azores), and survey respondents were comprised of 47% men and 53% women, all aged between 25 and 55.

Next year, however, sees the arrival of a new player that has the potential to really shake up the Portuguese retail sector — Spanish retail market leader Mercadona, which is investing €25 million in the opening of four stores in the greater Porto region in 2019: in Gondomar, Gaia, Canidelo and Matosinhos (very close to one of Auchan Portugal’s newly-refurbished Jumbo hypermarkets).

Having embarked on a rapid expansion drive in Spain over the past few years — the retailer has opened as many as 60 outlets a year, in spite of the country’s chastened economic environment — Portugal’s major players will be keeping a close eye on Mercadona’s next move.

APED’s Morais believes, however, that the retail sector is ready for the arrival of such an illustrious rival. The group already has Mercadona on its associate list.

“The entry of new players in any segment represented by the association — retailers, wholesalers or e-commerce — is always considered an added value for the sector,” she says.

“It not only leverages the sector’s economic projection, but it also drives the market further, whether through new know-how, new formats or new ways of responding to consumer trends and demands.”

If Portugal’s economy continues to show the same positive signs of recovery over the coming months, the Spanish retail giant could have timed its move perfectly.

The Portuguese grocery retail market is home to both key local players — including Jeronimo Martins, whose Pingo Doce banner is the market leader in the supermarket channel, and Sonae MC, whose Continente leads the hypermarket channel — and international retail players, including French giants Auchan and Intermarché, discounters Aldi and Lidl, and Spain’s DIA and Coviran.

The group opened a net nine new stores under the banner over the course of 2017, which reported total sales of €3.67 billion, a 3.1% increase on the previous year.

Sonae, meanwhile, is steadily building its operation on two fronts. As well as the Continente hypermarket chain, the group’s Meu Super (the fastest-growing franchise operation in Portugal) and ‘Bom Dia’ convenience-store banners are also coming up with the goods.

According to Sonae’s 2017 results, the retailer posted 1.2% like-for-like growth last year, posting sales of €3.8 billion. Notably, online retail sales were above €100 million for the first time.

Elsewhere, at the start of the year, Auchan Portugal announced plans to invest €90 million in both store refurbishments and new openings in the next few years, while Intermarché has announced its intentions to open a net 63 new stores between 2015 and 2020, investing €200 million in the process.